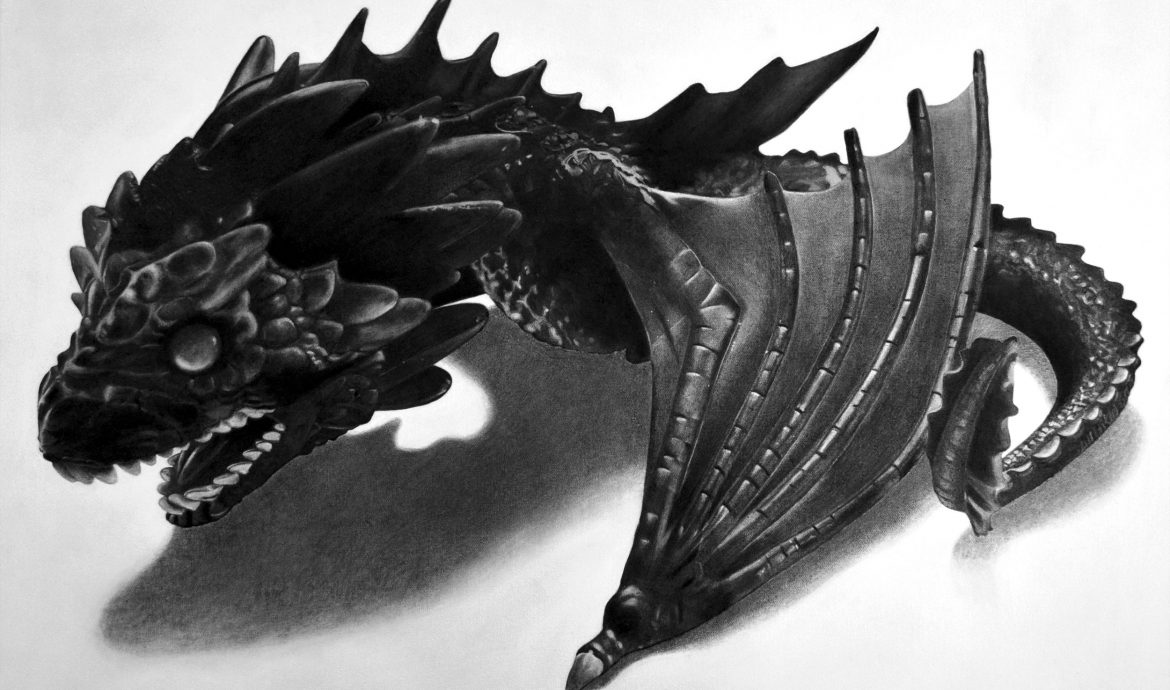 Didn’t you just love Game of Thrones? And then the ending happened and now no one really even talks about the show anymore even though it was considered, for a while, the best show ever made.

I have to admit I didn’t hate the ending as much as other people did and I even enjoyed Arya killing the Night King. But the ending? I dunno, I just don’t know how I feel about it.

Despite that I did love the show and got a Drogon Pop Figure. The one with Daenerys Targaryen sitting on him. So I took her off, snapped a pic and drew him extra big.

As of now I didn’t sell him. I tried for a bit but right now he just lives above my bed. We hang. We’re pals.